In 1942, Ernst Meyer was arrested by the French police in a raid, extradited to the Germans and died in the Auschwitz camp after being deported. Räderscheidt, Ilse Salberg and their daughter Brigitte Metzger managed to escape to Switzerland. After entering Switzerland illegally on September 8, 1942, Anton Räderscheidt, Ilse Salberg and their daughter Brigitte were interned for the first time in Eriswil at the reception camp of the canton of Bern. After accommodation in the Leysin camp near Aigle on Lake Geneva, the Magliaso emigrant home near Lugano in Ticino was Anton Räderscheidt’s place of residence in Switzerland, Ilse Salberg came to the Girenbad camp near Hinwil and while Räderscheidt was working in the fields, she had to do 7 hours knitting every day even though she lacked any ability. Her daughter Brigitte was handed over to several foster families by an internment decision and then transferred to a children’s home in Aeugst. An inhumanly tough process to separate an 11-year-old child from its mother. For politically and ethnically persecuted people in Switzerland, too, the end of their ordeal was not given. As we know today, Switzerland was by no means an ideal country of asylum. The official refugee policy was designed to deter and was practiced with a rigor that caused a national scandal towards the end of the war, when the Nazi extermination measures against the Jews became apparent. Anton Räderscheidt painted impressive pictures during this difficult time, from the motifs of which it is easy to recognize the need. The survivors intertwined so as not to get lost, the fear on their faces, their hands up and protectively around the family. Where there should be a heart, just a hole as a symbol for the absence of feeling. (Fig. “Les Survivantes” and “Les Apatrides”). Even more depressing is the picture “Les Prisonier”, the disembodied woman (Ilse Salberg) protecting herself against violence, the hand stretched down laments her imprisonment and in the background the beloved man who is also behind bars. 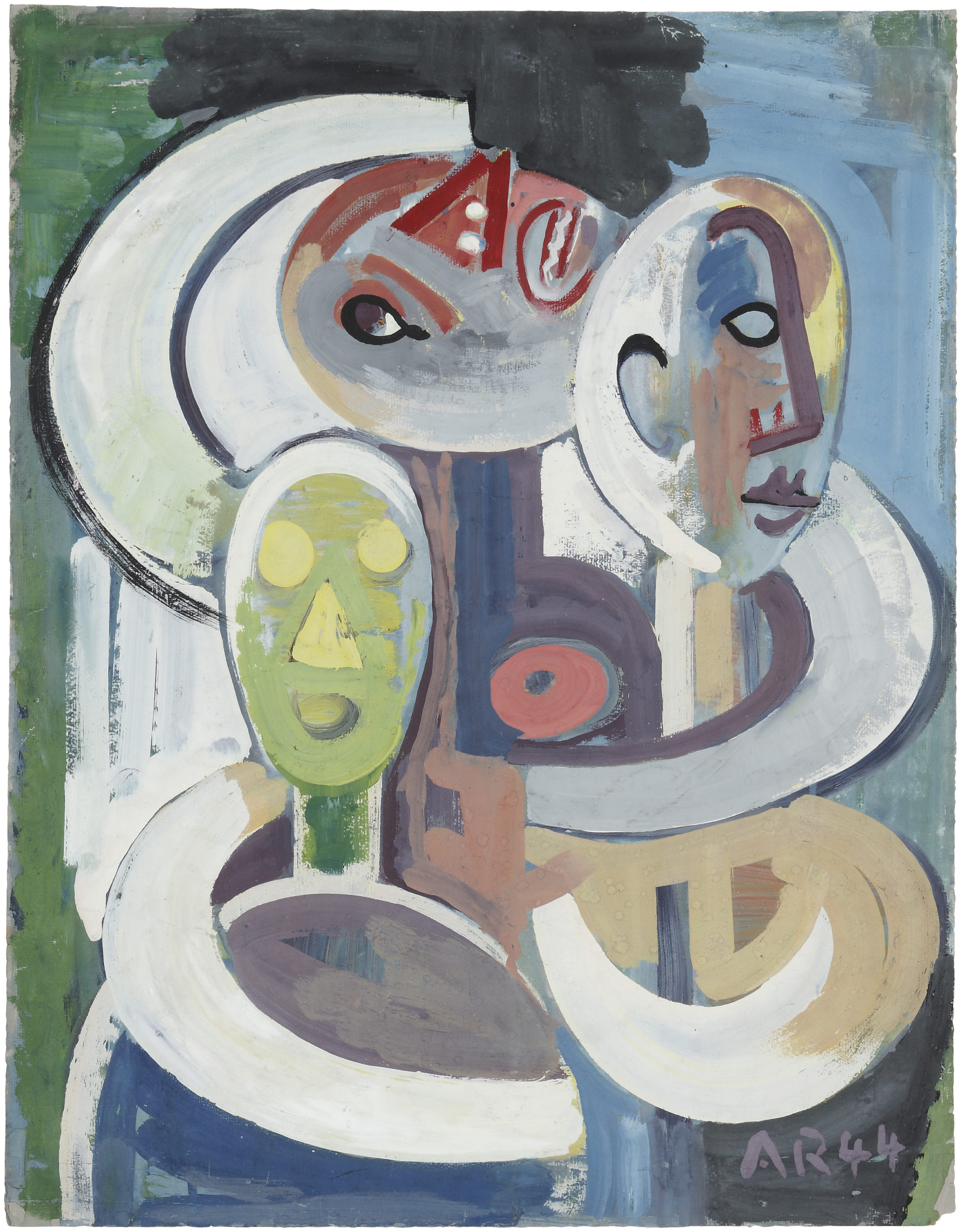 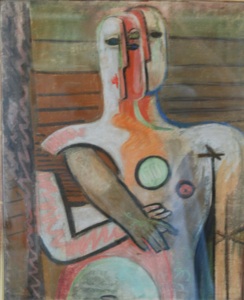 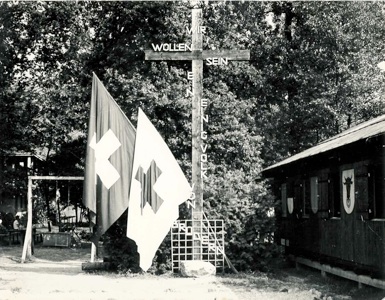