was born on July 26, 1895 in Tuszyn, a suburb of Lodz, which is characterized by Polish, German and Jewish population groups. Jankel, as he is called by his parents and as he later calls himself, is a Jew. The young Jankel Adler began an apprenticeship as an engraver with his uncle in Belgrade in 1912 and then traveled through the Balkans. During the First World War, Adler began studying with Prof. Gustav Wiethüchter at the Barmer School of Applied Arts. The studies are followed by stays abroad in Poland, Berlin and Paris. In 1922 Jankel Adler moved to Düsseldorf, where he taught together with Paul Klee at the art academy and, like the latter, joined the artist group “Young Rhineland”. In 1931, Jankel Adler moved into a studio at the Düsseldorf Academy, which he gave up again in 1933 because he was leaving Germany on the advice of friends. Together with artists and intellectuals on the left, Adler had previously published an “urgent appeal” against the policies of the National Socialists and for communism in Düsseldorf during the election campaign for the Reichstag elections in February 1933. Jankel Adler first flees to Paris and sees his exile as a conscious fight against the fascist regime in Germany. When the Second World War broke out in 1939, Jankel Adler volunteered for the Polish army. However, the artist was fired two years later because of his poor health. Adler moves to Scotland and shortly afterwards to London. In the 1940s the painter was given notable exhibitions in London, Paris and New York. Jankel Adler remained strongly influenced by Picasso and Leger in his figure style throughout his life. The artist often works in mixed media, applying the colors – unlike Picasso and Leger – very impasto, so that the surface of the picture has something graphite-like. Jankel Adler died in Albourne near London in 1949. 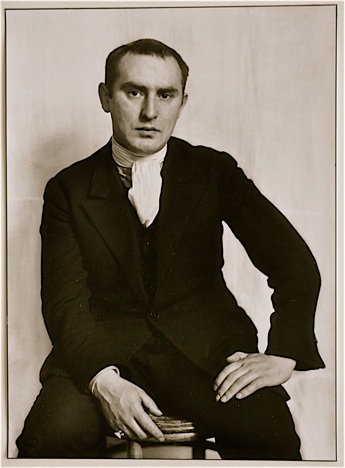 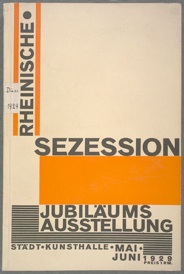 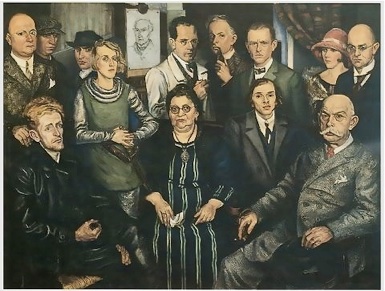 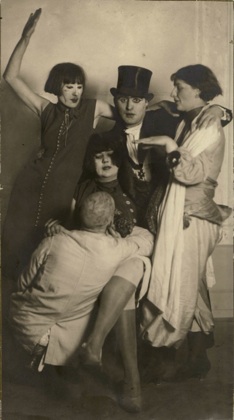 In 1918 the poet Herbert Eulenberg and the painters Arthur Kaufmann and Adolf Uzarski sent out an appeal to a select group of artists, including Champion, Enseling, Ernst, de Haer, Janssen, Lahs, Leman, May, Nauen, Ophey, Schwarzkopf, Sohn-Rethel and from Wätjen. A new association should represent the common interests of the young Rhenish artists without bias and organize exhibitions. The result was the founding of the modern artists’ association Das Junge Rheinland (1919). After initial success, the inflation year 1923 led to a crisis. Adler, Breker, Champion, Dix, Kamps, Kaufmann, May, Ophey, Rübsam, Sopher, Uzarski, von Wätjen and others resigned and founded the Rhine group. In 1928, Das Junge Rheinland, the Rheingruppe and a number of freelance artists joined forces to form the Rhenish Secession. In 1930 the Rhine group left the umbrella organization after violent internal disputes. The Young Rhineland and the Rhine group went out in 1933. The Rhenish secession was dissolved in 1938 by decree. 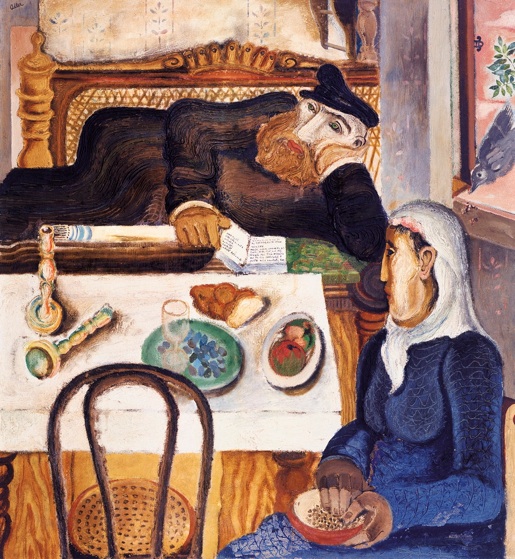 The painting “Shabbat” was created around 1927/28 during Adler’s particularly successful years in Düsseldorf. It shows a look into a room on Shabbat. The man reading a prayer book is lying on the sofa with the prayer shawl next to him. The woman is sitting on a chair with a bowl of sunflower seeds. On the table we see – apart from a plate with two apples – the traditional objects and dishes for this holiday: two candlesticks, a wine glass and a braided bread. But the candles have burned down, the traditional Shabbat bread is lying, cut, half eaten, the wine glass is empty. The plate on which it stands and the bluish spots on it could indicate the hawdala ceremony of the Shabbat exit. So it seems that here – in contrast to what is often the case – the end of Shabbat is represented. The scene, which at first gives the impression of inner calm, has an irritating, melancholy streak. “He consecrates every portrait he paints / With poetic, large harp / His young god Zebaoth,” wrote Else Lasker-Schüler about her friend Jankel Adler. Because he repeatedly dealt with Jewish topics, and many of his works contain individual Yiddish words, allusions or quotations to customs. “Shabbat” is one of the most important of the few surviving paintings in this group of works.

Jankel Adler was born in Tuszyn, near Lodz, in 1895 and has been studying at the Kunstgewerbeschule in Barmen, today’s Wuppertal, since 1913. As early as the early twenties he took part in the activities of the Düsseldorf, Cologne and temporarily also the Berlin avant-garde groups, again the “November group”, the “Young Rhineland” or the “Union of progressive international artists”. He was a co-founder of the “Group of Progressive Artists” in Cologne and has been represented at many exhibitions and in numerous museum collections since the late 1920s. Adler’s political stance could be described as a kind of anarchist communism, from which nothing was further than submission to a Leninist party discipline that was already dominating the KPD at that time. Before the Reichstag elections in March 1933, he signed the “Urgent Appeal of Leftist Artists and Intellectuals” calling for the KPD and SPD to merge, and shortly afterwards had to flee to Paris, where he continued his political activities. In the following month his work was defamed in the exhibition “Culture – Bolshevik Art” in Mannheim. In 1937 Adler’s works were removed from many German museums as part of the “Degenerate Art” campaign and put on display at the numerous stations of this traveling exhibition, as well as at the “The Eternal Jew” exhibition. 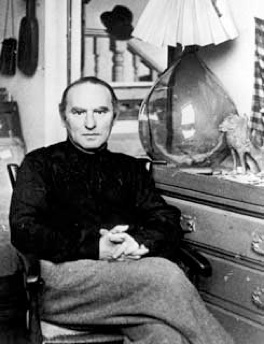 Jankel Adler in exile in London 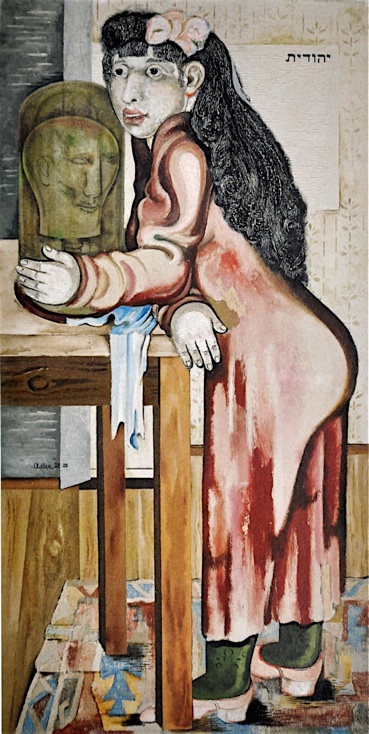 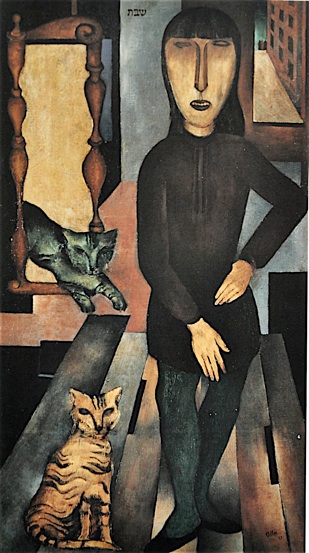 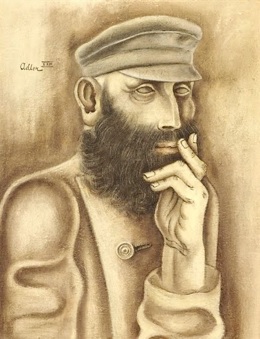 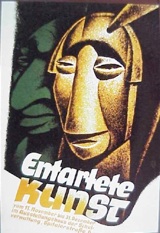 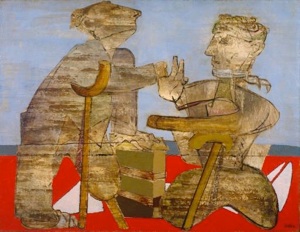 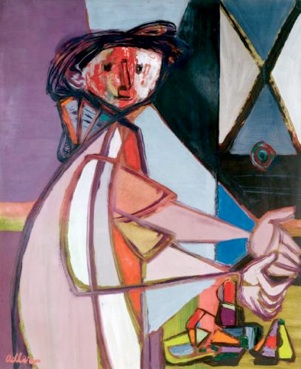