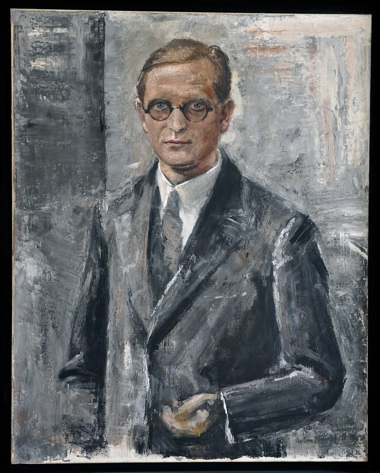 a friend of Anton Räderscheidt, had him portray him in 1931, inspired by the exhibition “Drawn or Snapped” (Kölnischer Kunstverein 1930) in which portraits of contemporary artists were juxtaposed with photos by photographers of their generation.
At the time, Fritz Husten was head of the editorial department at Goerres-Haus GmbH in Cologne, where he was responsible for inserts, magazines and the imagery of the Gilde-Verlag, which belonged to the company. In 1931 he moved to the Ullstein Verlag in Berlin as publishing manager. He and his wife Mathilde had been in contact with the circles of painters and photographers since the Cologne years and thus built up an impressive collection of contemporary art, most of which fell victim to the war.
In 1945 Husten was arrested in Berlin by the Russian Allies and taken to the Buchenwald concentration camp, where he died in 1946 as a result of furunculosis, dysentery and poor medical care. 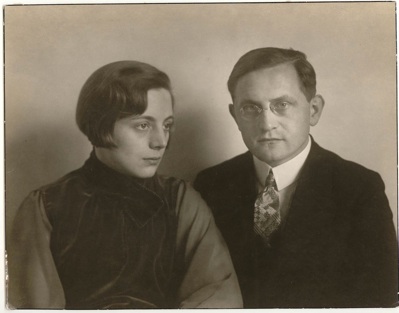 Gert Wollheim (1894-1974) lived and worked with Otto Pankok, first in Remels/East Friesland (1919) and then in Düsseldorf. Wollheim went to Berlin in 1925 and became a sought-after painter in Berlin society. In 1933 he had to leave Germany because of his Jewish origins. He fled to Paris and, when war broke out, on to southern France. Here he hid and thus escaped death.
Before he moved to New York in 1947, where he was able to build on his success as a painter, around 800 works were lost in Paris, Berlin and Düsseldorf.

Wollheim was once called “phantast and rebel”, and his work stands somewhere between realism, expressionism and surrealism. The artist, ostracized by the Nazis, is one of the great loners in German art history of the 20th century. 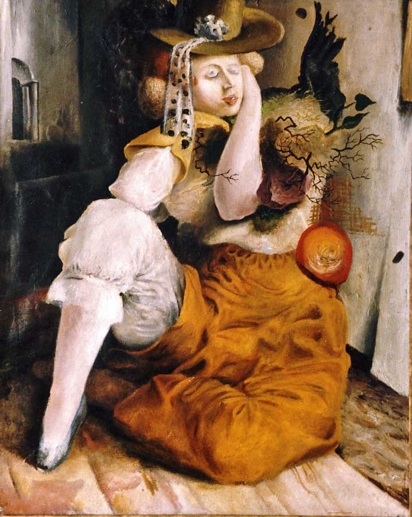