Wilhelm Riphahn was born on July 25, 1889 in Cologne to a family of architects and builders. He attended the building trade school and then studied in Munich, Dresden and Berlin. In 1913 he won his first building competition with the design for the Cologne clubhouse of the “Germania” rowing club.
From the end of the First World War, the construction of settlements became the most important task for Riphahn. Together with the Essen architect Caspar Maria Grod, he founded the architectural office Riphahn & Grod (1925-1931) The construction of the Bickendorf estate (1913-1938) begun by Grod was continued by both architects and completed after Grod’s departure from Riphahn. In the years that followed, Riphahn dealt with the topic of “social building”. So, by the early 1930s, plans for housing estates in Zollstock, Hückelhoven, Duisburg, and the “Blauer Hof” and “Weiße Stadt” housing estates for Buchforst. 1924 he made his breakthrough with the construction of the panorama restaurant “Bastei” on the banks of the Rhine.In 1928 he was a co-founder of the “Block Kölner Baukünstler”.In 1937 Riphahn was commissioned to build the Neumarkt Passage and the Indanthren House (later DuMont House). .
From 1945 he worked in the reconstruction team for the destroyed city center of Cologne and in 1946 became the closest collaborator of the master builder Rudolf Schwarz. Riphahn’s most important post-war building is the opera house (1954-1957), the surroundings of which he also designed (Schauspielhaus, Concordia and Herold House, etc.). the overall planning of Hahnenstraße, the British and French cultural institutes, the WiSo faculty building of the university and two office buildings for the Concordia insurance company. In 1950 the TH Braunschweig awarded him an honorary doctorate, and in 1953 he received the Great Art Prize of the State of North Rhine-Westphalia. Wilhelm Riphahn died on December 27, 1963. 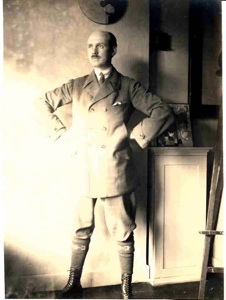 Through his friendship with Riphahn, Anton Räderscheidt moved into an apartment on Schlehdornweg, the modern, comfortable design improved the comfort of the family considerably. Many works from his important creative period were created here. A picture from the estate of Paul Multhaupt shows him there during a studio session for his well-known portrait in the “New Objective” style. 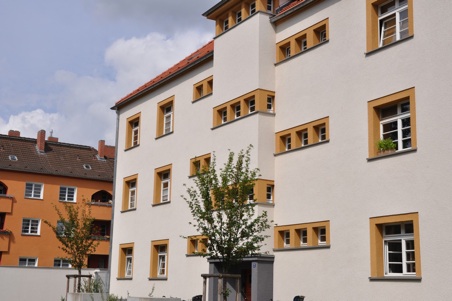 Schlehdornweg No. 2, top left, was the studio of Anton Räderscheidt and Marta Hegemann. The building was restored by GAG Köln, the current owner of the residential complex, in the spirit of Riphahn. 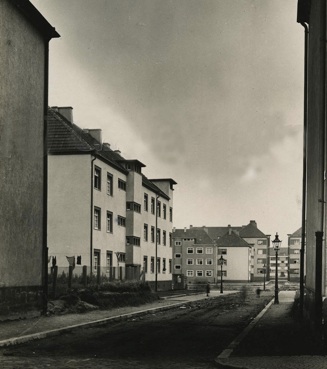 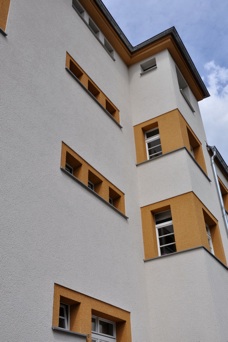 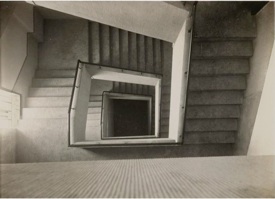 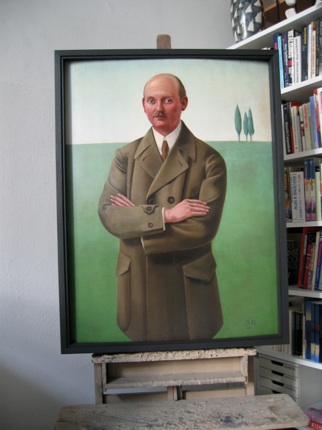 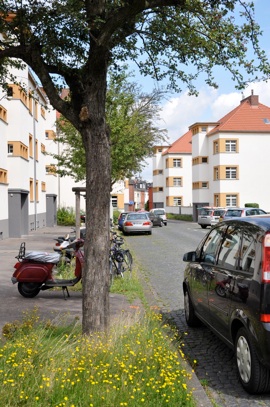 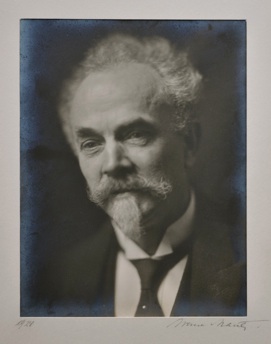 Originally an amateur and true lover of photography, he professionally created portraits of Cologne personalities, mostly modeling the faces out of the darkness using only an oblique light.
Then the architect Wilhelm Riphahn found in him the excellent documentalist of his buildings. Werner Mantz captured this architecture with his camera. He was also able to detect linear fascination in the detail of the banal and to design it as a geometric composition. 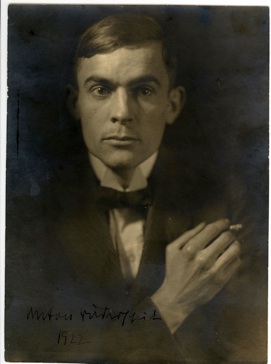 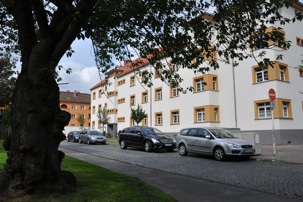 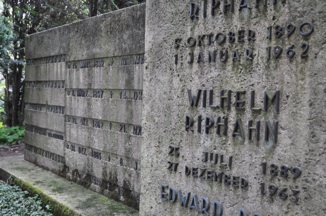 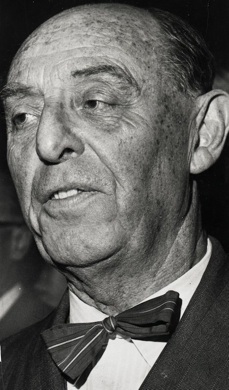 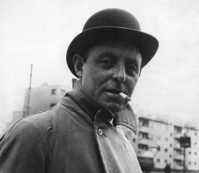