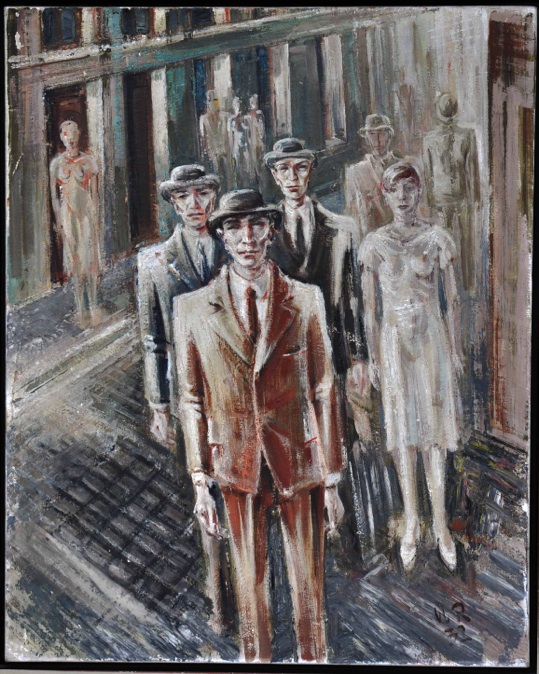 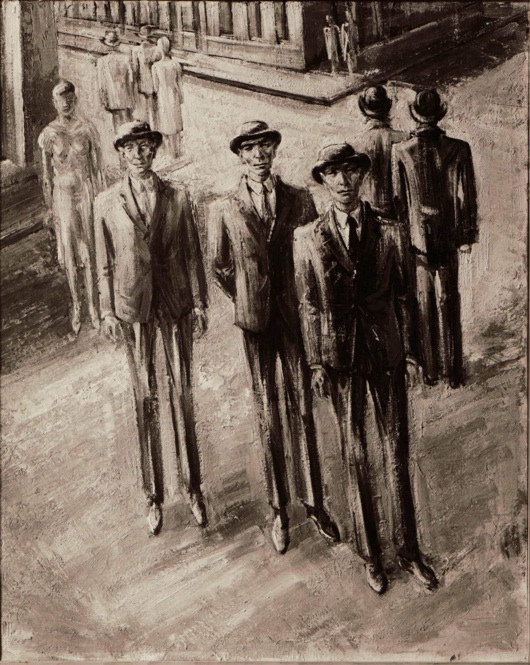 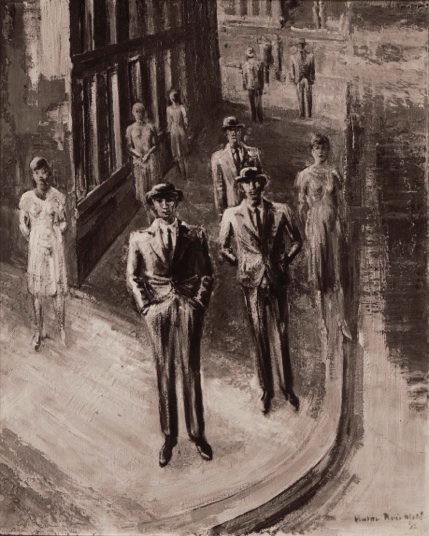 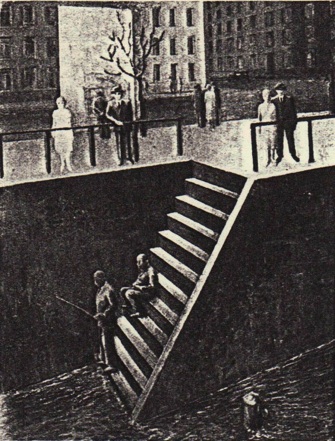 Even more effectively than in the medium of the gouache or the woodcut, dullness, anonymity, dimensioning, and collective isolation are expressed in the oil paintings, the most important of which is “Aufbruch” (“Departure”) painted in 1932, which at first glance is just as little a departure as the “encounter” corresponded to its own picture title. In small groups, as if in a rapport, stiff, uniform figures have lined up and remain in traumatic expectation. In an oppressive state, which Räderscheidt knew how to portray in a subtle and emphatic way 4 years before Richard Oelze’s famous painting “The Expectation” (1936 New York, MoMa). 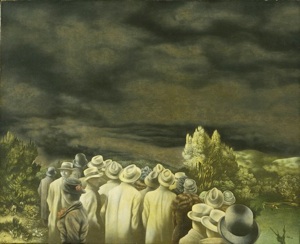 The great refinement and the prophetic content of the picture only become clear when you take a closer look at the position of the figures: for the viewer they seem to tilt to the left, but if they move into them, they tilt to the right. The seemingly random arrangement of the figures, which are aligned to form small formations, was to condense through further variations on the theme of the march of the fascist “black shirts” in front of the Arch of Constantine, which Räderscheidt shows in his picture “Via dei Trionfi” from 1933. 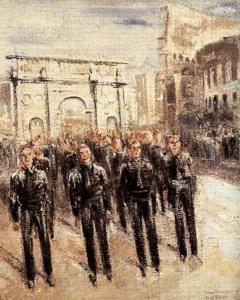 The inclined, extremely right-tilted position of the figures, Räderscheidt’s succinct description of fascism, is reflected in the crooked architecture, as if out of joint. The reality that the figures reach for the first time by casting long shadows is canceled out again in the painting technique. The new way of painting has become a matter of course; it no longer strives for illusionism, but by granting the color its own structure, is based on a diffuse two-dimensionality. In its composition, Räderscheidt’s way of painting is conceptualized as a departure as well. If up to now any association of movement has been consistently and resolutely avoided, now the impression of a dynamic arises through the pictures unstable structure, its individual parts are still constructive in themselves, but no longer able to support each other. Räderscheidt’s situation and the state of the world are reflected in this lack of stability and dissolution. 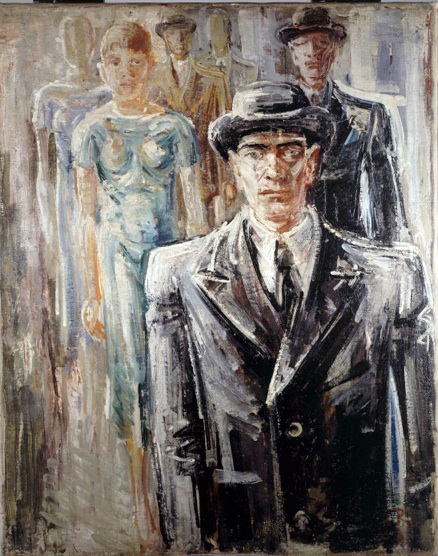 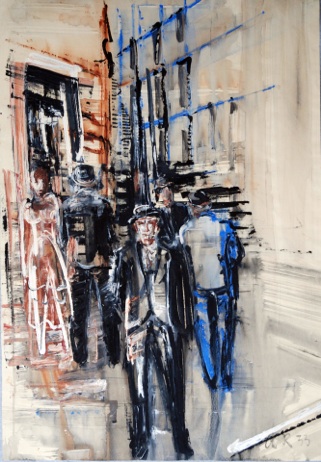 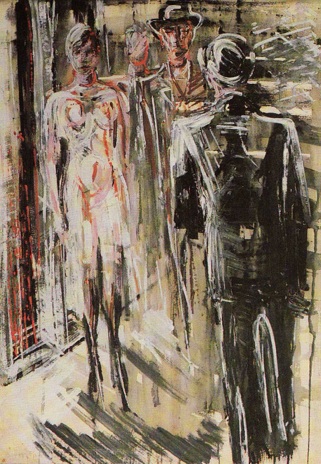