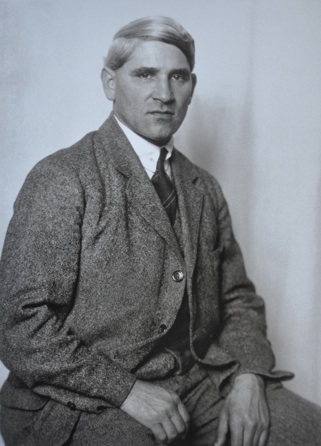 was born in 1878 in Stolp/Pomerania, now Slupsk in Poland. He first studied in Berlin and, from 1908, quickly made contact with the avant-garde artist circles in Paris. At times he worked like Picasso in the Bateau-Lavoir in Montmartre. Freundlich developed into one of the earliest representatives of abstract, non-representational art. He was active in the most important contemporary artists’ associations, such as the Berlin “November Group” and “Abstraction – Création” in Paris. With the art policy of National Socialism, Freundlich’s works were removed from German museums from 1933, and his sculpture “The New Man” was shown in 1937 on the cover of the “Degenerate Art” exhibition catalogue. Freundlich lived in Paris from 1925 and was interned as a German when World War II broke out. After an odyssey through various French internment camps, the artist was able to flee to southern France. In February 1943 he was arrested in the small Pyrenean village of St. Martin-de-Fenouillet on the basis of a denunciation and deported to the Lublin-Majdanek concentration camp. He dies on March 9, 1943, the day he arrives at the camp. 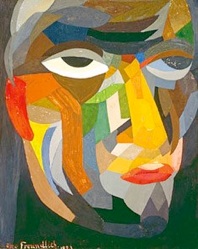 In 1912 Otto Freundlich created the sculpture The New Man. The figure is reminiscent of the stone heads of Easter Island and symbolized the hoped-for “spiritual new beginning” of the pre-war period. In 1930, the then director Max Sauerlandt bought the work for the Museum of Arts and Crafts in Hamburg. In 1937 it was confiscated during the “Degenerate Art” campaign, presented in the exhibition of the same name in Munich and also used on the title page of the exhibition catalogue. The photographic image (taken from below) distorts the head, making it look haughty and painful. The sculpture got lost while the exhibition was traveling through other cities and has since been considered lost, presumably destroyed. In the Jewish Museum Berlin there is now a representative for this figure, a “Black Spot” on display (Gallery of the Missing), as a symbol for the loss and destruction of cultural and artistic works by National Socialism. 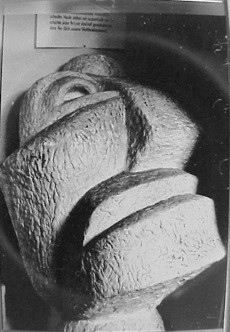 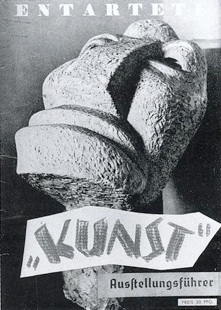 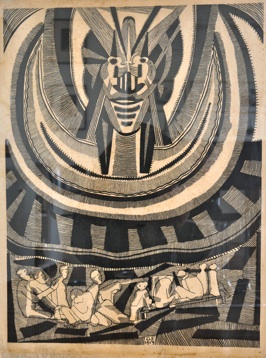 He first studied in Berlin and from 1908 he quickly made contact with the avant-garde artist circles in Paris. At times he worked like Picasso in the Bateau-Lavoir in Montmartre. Freundlich developed into one of the earliest representatives of abstract, non-representational art. He was active in the most important contemporary artists’ associations, such as the Berlin “November Group” and “Abstraction – Création” in Paris. 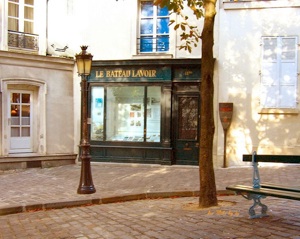 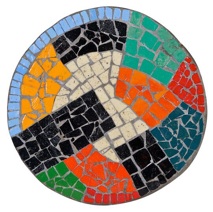 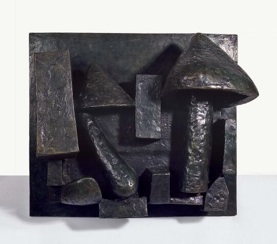 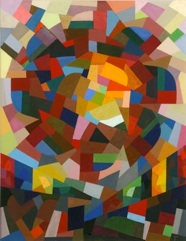 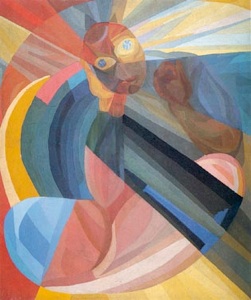 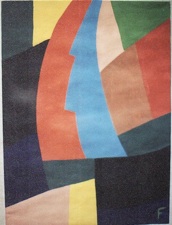 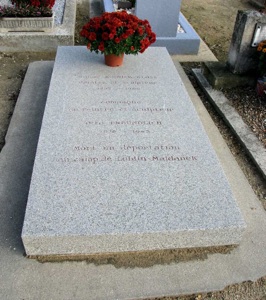 The grave of Jeanne Kosnick-Kloss in the cemetery of d’Auvers-sur-Oise with an inscription commemorating her husband Otto Freundlich, who was murdered in a concentration camp. 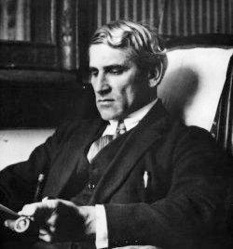 “He had just ‘settled in’ at the Hotel Galamus. Another hope of calm, another place of uncertainty. A ‘temporary abode’, as they say…As usual, his financial situation was dire. How did he manage it in the first place , to organize the necessary money for the trip to Saint-Paul, a modest hotel room and the stay?Perhaps his friend, the poet Max Jacob, who was not exactly rich himself, had managed to get him from the monastery in Saint-Benoît-sur -Loire from where he had written to him on October 11, 1939 to send a small instruction.

It is more likely that the faithful Hedwig Muschg, whom he met in Paris in 1927, was again able to sell one or two of his paintings for him or bought them herself. The wonderful Hedwig had helped him to the end. Sometimes the modest elementary school teacher would send him half of her wages…”