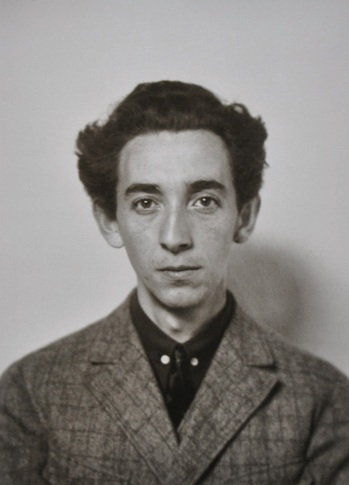 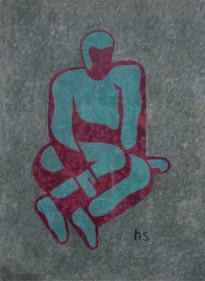 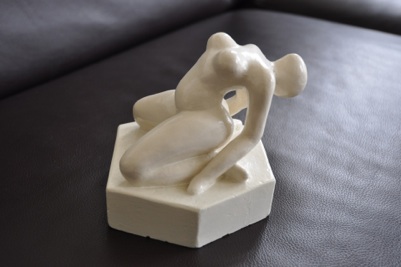 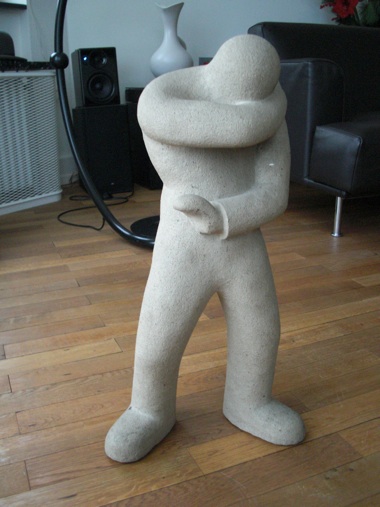 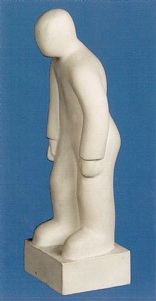 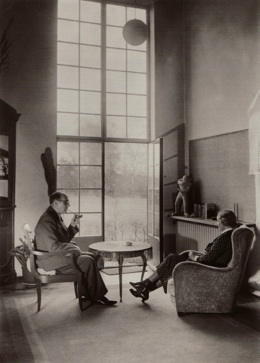 above on a photo of August Sander in the house of the painter couple Ludwig E. Ronig

The sculptor Hanz Schmitz, born in Cologne in 1896, is one of the survivors of the Cologne “group of progressive artists” along with Augustin Tschinkel and Gerd Arntz. This informal association of avant-garde painters, sculptors, architects and writers, whose leading figures were the Cologne painters Heinrich Hoerle and Franz Wilhelm Seiwert, not only played a role in the narrow local area, but also had international relationships far beyond the Rhenish region. Hans Schmitz’s visit to the Cologne School of Applied Arts, specializing in painting – after an apprenticeship as a craftsman – was abruptly interrupted by the outbreak of World War I and his draft for military service. It was not only here in the “steel thunderstorms” that the politically committed change took place. November 20, 1918 saw the 22-year-old as a corporal and member of the soldiers’ council with a 12o-strong artillery measuring squad move into Cologne after a four-week march, where, in order to dissolve the unit, he established the connection with the former hotel located very close to the Rhine you received the workers and soldiers council meeting in the north.

This means an even stronger political commitment with changing interests and often corresponding participation in the Spartakusbund, Vereinigung Free Socialists, Anarcho Syndicalist Groups, General Workers Union, etc. A politically extremely turbulent time when the spirits argued over various revolutionary socialist theories, often too fought and above – forgot the joint action!

In 1923, together with Hoerle and Seiwert, the group of “Progressives” was founded. His political commitment and the progressives are the background for the artistic work of Hans Schmitz.

It encompasses both plastic and graphics, whereby the focus is on plastic, while graphics, often born out of the demands of the day, deliberately have a socially complacent character.

Both – sculptural and graphic work – have one thing in common: the worker and his world 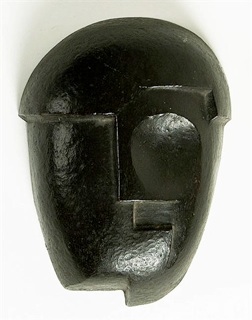 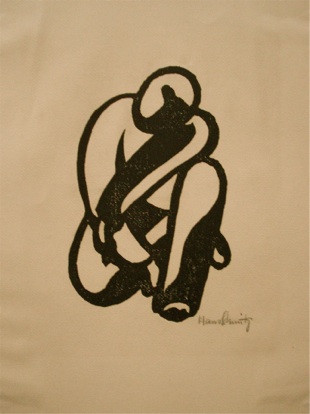 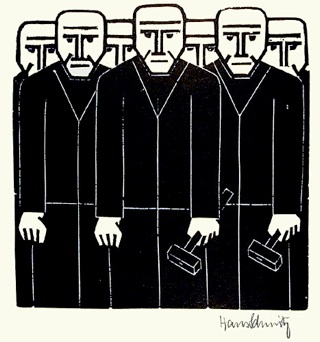