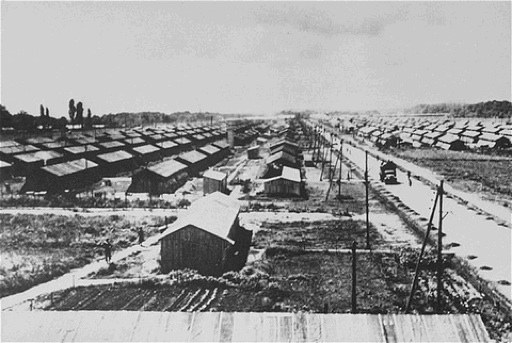 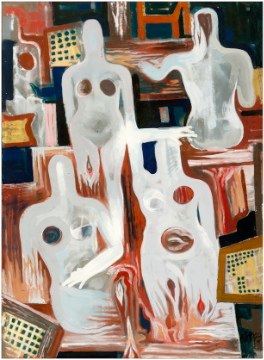 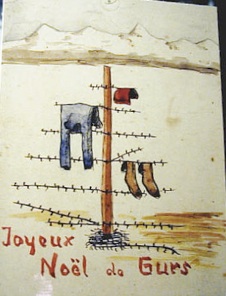 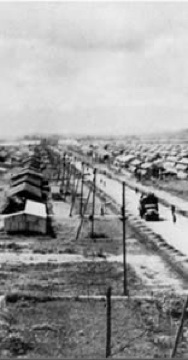 “Camp de Gurs” was the largest internment camp, which was built in 1939 in southern France at the foot of the Pyrenees near the Spanish border. Originally intended to house soldiers of the Republican Army – the anti-fascist International Brigades – after the end of the Spanish Civil War, a wide variety of groups of people were soon detained there until 1943 for political and racist reasons. A total of over 60,000 people were interned in Gurs.

For many of the deportees, Gurs only marked the beginning of a journey of suffering to the concentration camps in the East. From March 1942, Theodor Dannecker, the head of the Gestapo’s Jewish department and authorized representative of Eichmann, organized transports to Auschwitz, Lublin-Majdanek, Sobibor and other extermination camps, where most of them were murdered shortly after their arrival. The first transport left Gurs on August 6, 1942 and headed east via Drancy near Paris “with an unknown destination”. From 1941 on there were occasional transfers of Gurs to other French camps. In the spring of the same year, large families came to the Rivesaltes or Récébédou camps, which the Jewish aid organization O.S.E. (Oeuvre de Secours aux Enfants) made it possible to save several hundred children from these camps.

“We arrived in Oloron late in the afternoon, from where trucks took us to Camp de Gurs in a short drive. It rained. Most of the luggage was driven separately. This brought regrettable difficulties in that it took many weeks until the owners were able to select their suitcases and other belongings from the luggage piled up in a high mountain. Many things were missing; many of the owners could not be identified. Particularly painful were the losses caused by the luggage being left outside and exposed to the rain.

It was already dark when the cars stopped in front of the ilots (blocks). There they stood, the unfortunate ones, the displaced persons, in the barracks that were to become their accommodation for an indefinite period. Will it be months, years? Soaked from the rain, freezing, exhausted from the long, arduous train journey, the people in the empty barracks looked around for a place to sit or lie down. There was no place to sit. Sacks of straw on the floor or straw or nothing at all! Sitting on their luggage – if they had any – many, including men and women over 70 and 80, spent this first night in the camp, physically and mentally shattered”.

There are numerous other shocking letters and eyewitness reports about the situation in Gurs, the catastrophic hygienic conditions and the inadequate catering. The representative of a Swiss aid organization, R. Olgiati, who visited the Gurs camp on January 16, 1941, summarized his impressions in a detailed report immediately after his visit:

“The lower wooden barracks are of the most primitive design, with leaky walls and a perforated floor. Originally, they had no windows and even now only a few have this luxury, so that the inmates are in complete darkness all day, only in the evening the scanty electric lamps are energized for a few hours. The few washing facilities are outside the barracks and are very often defective, frozen in the cold. The toilets are also located outside the barracks and are half-open sheds with buckets, as can be seen on building sites. The worst of all is the clay soil, which is often quite impassable and has been turned into a sea of ​​mud by the heavy rainfall and the frequent walking. It is impossible for the old and the weak to leave the barracks. The health and hygienic conditions resulting from this fact are indescribable.

Anyone who depends on stored food alone will surely perish in a few months. According to medical calculations, the daily food contains around 800 calories (whereby a non-working adult normally needs more than 2000 calories) and consists of 300 grams of bread, 60 grams of meat (including bones) and twice a day thin soup made from carrots or sparse pasta. In the case of a large number of deaths (from November 1st to mid-January over 600, i.e., about 5% of the camp inmates), the doctors could not find anything other than malnutrition. It must be admitted that a large number of elderly people have died. An epidemic of dysentery and the extreme cold also claimed their lives. Doctors are currently very concerned because despite an autopsy, they cannot explain an elusive brain disease. The autopsy could not produce a satisfactory result because, despite requests from the camp doctors (all internees, some professors, and well-known experts), a precise microscopic examination could not be carried out. This disease mainly affects young, intellectual, extremely lice-ridden and emaciated people.”