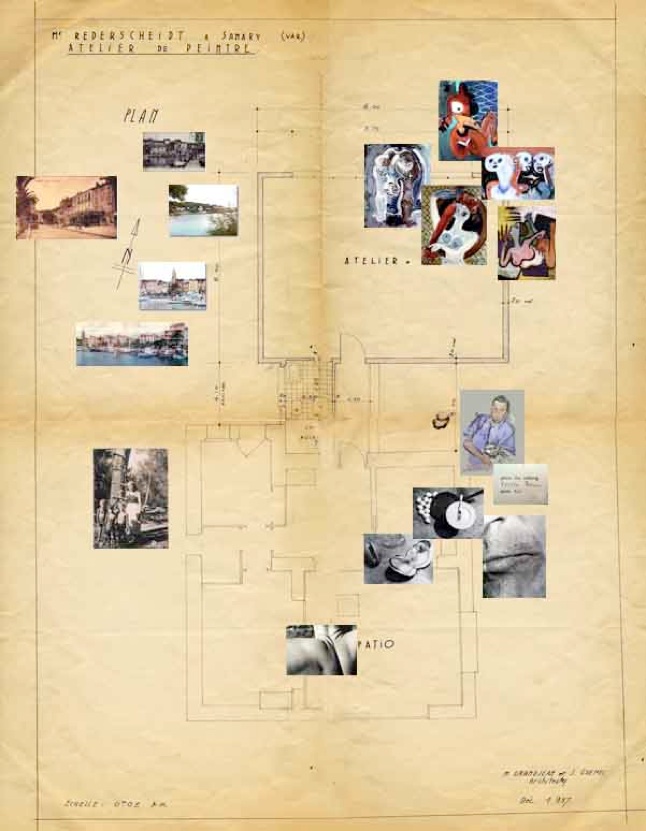 In Sanary sur Mer, Anton Räderscheidt and Ilse Salberg fulfilled their long-cherished wish to settle in their own, self-built house. Anton was friends with André Bloch the editor-in-chief of the newspaper, L’Architecture d’Aujourdhui ‘who had just bought the hill, La Cride‘ in Sanary, and Auguste Perret had won the competition for building holiday homes in the style of Le Corbusiers. Anton and Ilse were enthusiastic about the idea and built the house, Le Patio ‘, in 1938. During this time they lived through the happiest years. The main residence in Paris, with the studio, Villa Brune ‘and the long summer in Sanary. For several years now, Sanary has been a refuge for German emigrants, writers, painters and musicians, including Thomas Mann, Lion Feuchtwanger, Ludwig Marcuse, René Schickele, Franz Hessel and Alfred Kantorowicz. During this time Anton painted strong, expressive pictures full of joie de vivre. Ilse Salberg was able to pursue the nenew objective photography, she had had a darkroom built into the house. All pictures and photos were lost in the later escape, only the intensive search brought some things to light again.